Since South Carolina is served by so many talented and dedicated broadcasters and by individuals in related fields who work tirelessly to support the industry, SCBA has, over the years, created three awards to recognize those distinguished leaders—Hall of Fame, Honorary Life Membership Award and the Masters Award. Known as the Awards of Distinction, these awards honor those professionals who have set the bar for excellence in South Carolina broadcasting.

Traditionally, these awards are presented each year at a ceremony held in conjunction with the SCBA Winter Convention. The recipients are selected by the SCBA Board of Governors which is comprised of Hall of Fame inductees and SCBA Board members. Nominations are accepted each year in late summer/early fall.  (See award descriptions and criteria below.)  An award is not necessarily presented in each category every year.

Thank you to the South Carolina Army National Guard and WYFF 4 for their sponsorship of this year's event.

Congratulations to our 2022 Awards of Distinction Honorees 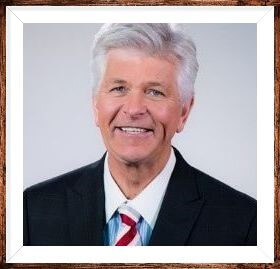 On January 27, 2022, JR Berry will be honored with the Masters Award for outstanding achievement as an on-air broadcaster. A staple at WLTX-TV for the past 31 years, JR got his start in radio in 1976 on WSSC in his hometown of Sumter, SC. In 1990 he joined WLTX-TV as a part-time reporter and his first big project found him on location in Saudi Arabia. 1998 found JR in the morning and noon anchor seat, teaming up with then meteorologist Darci Strickland and by 1999 the show became Columbia's first 2-hour morning news program, JR then became the anchor of News 19 at 6 pm and 11 pm in 2002 and he has occupied that same seat since.

Geoff Hart will also be honored with the Masters Award for outstanding achievement as an on-air broadcaster. He served as both a sports director and later an anchor at WYFF News 4 for 28 years. His smooth and trustworthy delivery made him a fixture externally to the viewers and internally to the WYFF 4 family. Earlier this year, Geoff was forced to step away from the career and community he loved to focus his energy on an Alzheimer’s diagnosis he received. He approached this situation, like he does everything else, with dignity and class. He opened himself and his family up to the viewers who care deeply for him. 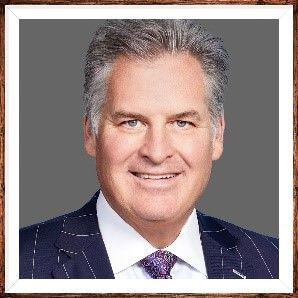 Mike Hayes will be inducted into the SCBA Hall of Fame. This award recognizes individuals who have made significant contributions to the growth and development of the broadcast industry in South Carolina, or South Carolinians who have made such contributions outside the state. An inductee is not selected each year and there has not been an SCBA Hall of Fame recipient since 2018. Mike began his career as a sportscaster and producer at WISH-TV in Indianapolis, IN. During his broadcasting career, he held positions ranging from account executive to local sales manager to general sales manager to President and General Manager of WYFF 4 in Greenville. He now serves as the Executive VP of Hearst Television in New York. Mike first joined the SCBA Board of Directors in 2005 and in 2006 was elected President-elect. In 2007 he assumed the role of President, serving a two-year term, the first president to do so. To this day Mike has continued to support the Education Foundation through the Fellows Program. The characteristic that most encapsulates Mike’s personality is charity. His career is the epitome of a lifetime of extraordinary achievement, service, and contributions.

First consideration will be given to those who’ve contributed to the state’s broadcast industry. An individual may be nominated for more than one award if that person meets the criteria for the award but the Board of Governors strongly encourages you to carefully consider the nominee's broadcast background and nominate the candidate for the award that best suits his/her achievements.  Depending on the materials submitted, the Board of Governors has complete discretion to move nominees from one category to another.

Honorary Life Membership Award
Nominee must be living and criteria for consideration include both broadcast and non-broadcast employment history, awards and honors and community service activities.

Masters Award
Nominee must be living and criteria for consideration include on-air broadcast employment history, awards and honors and community service activities. A sampling of the nominee’s on-air work will be requested.

Nominator Criteria
Nominations may be made by any full-time employee of an SCBA station or associate member firm, any member of the SCBA Board of Directors, SCBA Past President, SCBA Hall of Fame Inductee, Masters Award Recipient or Honorary Life Member.

First presented in 1973, the Association’s most prestigious award was created to recognize individuals who have made significant contributions to the growth and development of the broadcast industry in South Carolina or South Carolinians who have made such contributions to broadcasting outside the state. Inductees have reached the highest levels of achievement and success in broadcasting on a local and/or national level. Busts and plaques recognizing their many accomplishments are on display at the SCBA Hall of Fame housed at Winthrop University in Rock Hill, SC.

The Honorary Life Membership Award salutes those who have served broadcasting by making significant contributions to the industry either in South Carolina or outside the state.  Special consideration is given to South Carolina broadcasters. This special category may include broadcast educators, legislators, owners and managers, on-air talent, broadcast technical specialists, legal and regulatory experts or a South Carolinian representing broadcasting on a national level.

The Masters Award acknowledges the lifetime achievements of on-air broadcasters who have made significant contributions to broadcasting in South Carolina and who personify high broadcast industry standards within their communities. 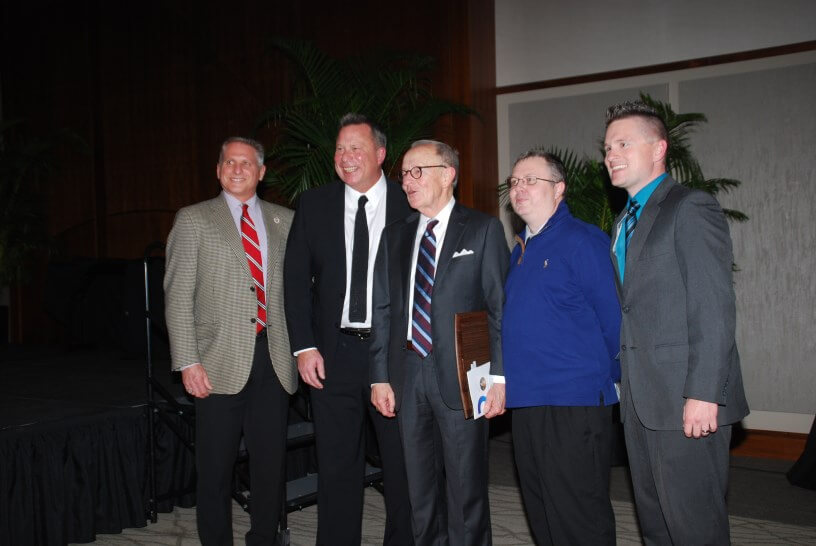 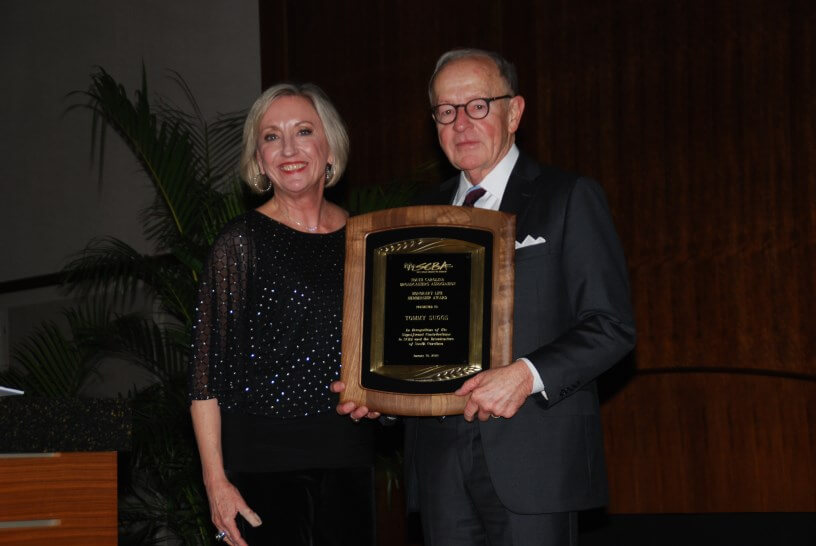 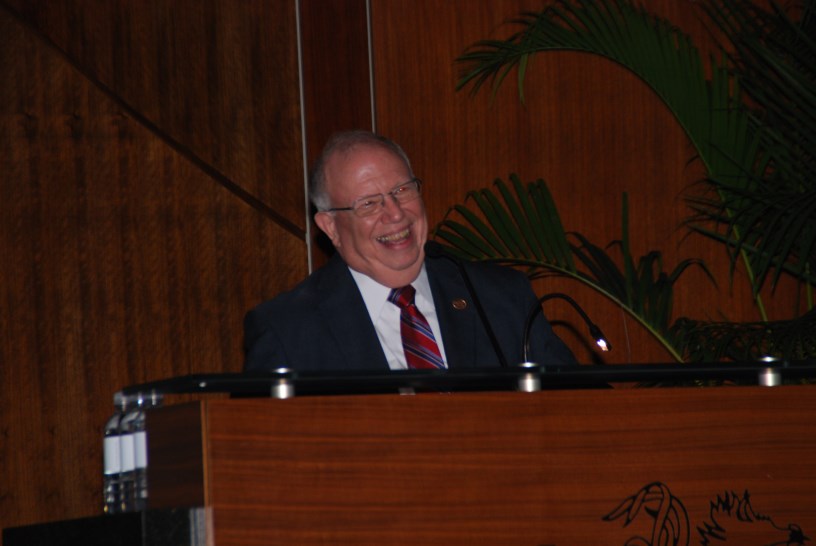 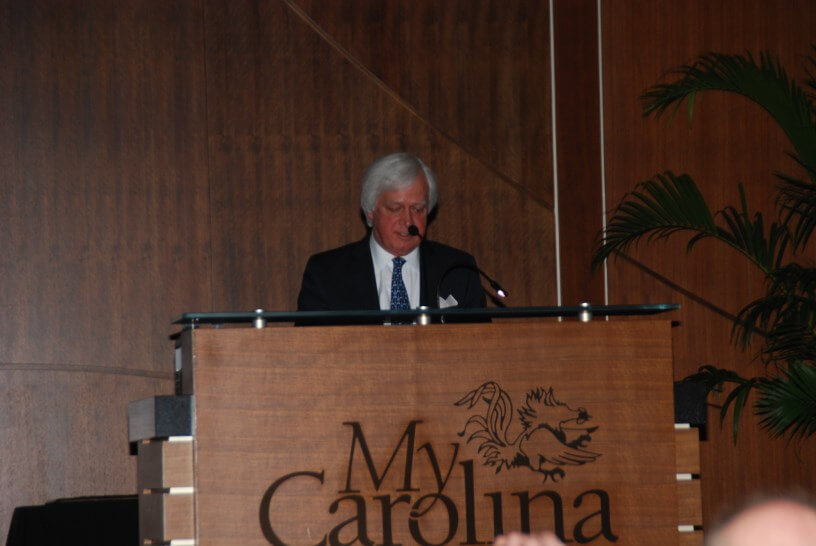 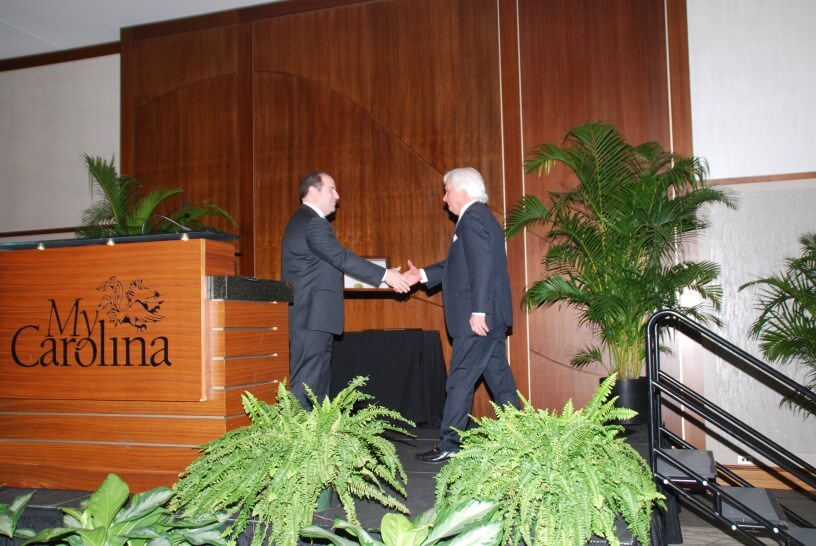